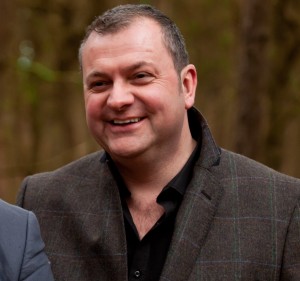 Marcus Keith is a huge success in the Liverpool, northwest of the UK and he entertains at many venue’s such as Crowne Plazza’s, Marrioitt, Hilton, Village Inns and many more, with his large team of over 15 wedding organizers working arranging over 300 weddings and event per year. Marcus Keith is a popular choice for wedding entertainments. He recently started a new wedding entertainment act “Singing Waiters” after teaming up with three other professional wedding entertainers and wedding singers this act is now become the new accessory for wedding events & corporate events. Your singing waiters are currently taking contacts across the UK & Europe.

Wedding is one of the special occasions for lovers and all couples wished to make the occasion memorable. Thus, the couple will plan the wedding for months, hire the best florist in town, and choose the best catering services and the best wedding singers in the place. Couples always have the option to hire wedding singer or a wedding band. No matter if it a solo singer or a group of singers for hire. The main purpose is for wedding entertainment, keeping the atmosphere alive as the couple and the guests enjoy the occasion.

Marcus Keith’s ceaseless passion for music began in 1989 with a degree in Performing Arts. After performing for a cabaret band for some time, he formed his own band known as ‘Soul Providers’. Marcus delivered many scintillating performances for his band and his musical style gained immense popularity. Marcus wrote 15 original soul/pop songs for his band. These songs gained immense critical acclaim and won his band an entry in the National Final of the ‘Panasonic Rock School’ hosted by Mike Reid & Athena Turner for ITV’s Granada Productions. This enabled Soul Providers to sign an agreement with record producer Les Spain and make numerous television appearances for EMI and Talking Loud Record