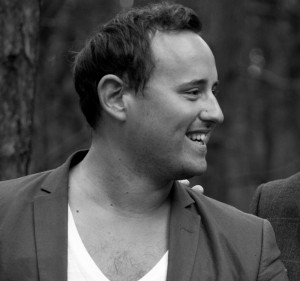 Nathan Turner Singer is fast becoming one of the most sought after performers in the North West. With style and charisma, Nathan delivers all time classics in his warm, mellow tones. With a repertoire of more than 500 songs, ranging from Soul and Swing, right through to Modern and Motown he really can guarantee something to suit everyone’s taste.

Nathan Turner Singer tailors each performance to his client’s needs – you can even choose every song he sings if you wish, Nathan understands the your entertainment is important to you, so allows you to get as involved as you would like, Or you can simply sit back and let Nathan use his knowledge to create the best performance for you.

Nathan started singing at a young age, performing in top theaters with musical productions. You may have seen him perform as: The Artful Dodger (Oliver) or Friedrich (The sound of music), among many other leading roles.

Nathan’s career progressed by doing 4 tours of Greece and the Greek Islands as lead vocalist in a touring show. Nathan performed in a whole variety of shows, ranging from Modern and Motown, to Rock n Roll, Musical Theater and Swing.

For the past 2 years Nathan has been based in Chester, performing as a professional artiste across the U.K.

2010 Nathan signed a record deal with Play.com in London, enabling him to work with top producers and gain invaluable experience.

2012 has been a busy year for Nathan Turner Singer , appearing at a whole range of different venues, varying from cruise ships and hotels, to holiday parks and clubs. Nathan has also been performing at a whole host of weddings throughout the U.K, gaining top reviews and testimonials, making him an extremely popular wedding singer.

Alongside his solo show, Nathan is currently working on a singing waiter duo, with top performer Marcus Keith. The Singing Waiters is a fun, exciting performance that will bring comedy and class to your wedding. See link:

Nathan’s vast experience of different styles and genres of music enable him to tailor his set to appeal to a wide range of different audiences and venues.